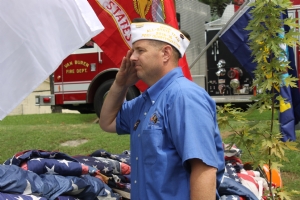 I am currently serving in the Arkansas Army National Guard as a Combat Medic.  I served for 10 years active duty Army as an Avenger Crewman and as a Preventive Medicine Specialist.  I joined the VFW in 2004 after my deployment to Afghanistan and Uzbekistan.  I became a member of Robert Jack in 2011 and have served as the Quartermaster since 2013.